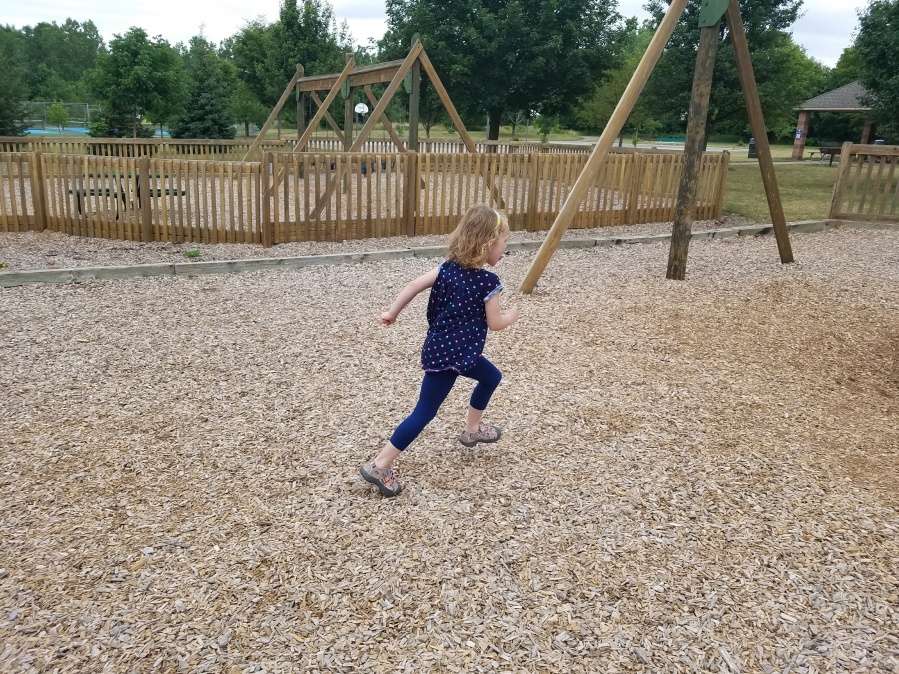 So my daughter was the mean girl at the park today.

We had a playdate at the park with some friends. In fact, their whole family came, and our whole family went. It was a day I was looking forward to – it’s hard for me to take both kids to this particular park due to size and their ages – so since my husband was off work, it worked out perfectly.  When I told my daughter S that we were going to be meeting her friend L for a playdate, the first thing she said was “I don’t want to play with her.”

The two girls are a year apart – mine almost 5, L is almost 6. During every playdate, they have a great time. They always fight. They always cry when it’s time to go home. It’s a love-hate sort of friendship, I think.  My daughter behaves a little differently with L than she does with other friends, but I am noticing a trend. She is becoming very conscious of girls that are older than her (never boys) that know more, can do more, are taller, are older.  And suddenly over the last few months it upsets her very much.

So today, when L came up to me and said “S doesn’t want to go on the swings” I walked over to my daughter and found a pouting little one. She said “I don’t want to play with her. I just want to play by myself.” I tried explaining that we were only here for a little while, and the purpose of coming was to play together. That’s when she ran off and I figured I’d give her some time.

About 10 minutes, later, her friend L came up to me again. “S said that she’s not my friend and that she won’t be inviting me to her birthday party and that she’s not coming to mine.” Except this time she started crying. I walked back over to my daughter who was still in a crabby mood.  “S, we don’t say things like that to people. It hurts their feelings. It dips into their bucket. And, it’s mean.”

“I don’t care.” said my stubborn child.  I was SO embarrassed.  And sad for her friend, who I don’t think has ever said anything mean to my child. My kiddo was just being a rude, selfish, mean girl. Every time L would try to play with her, I could tell she would tell her to go away.

Then, when it was time to go, my lovely little girl said to L “I don’t care if we never play together again.” to which L started bawling. This was as we were walking to our cars, with me apologizing for my daughter’s behavior. I mean, what mom would EVER bring her daughter to a playdate if it was with my child, if she had this attitude? I certainly wouldn’t look forward to putting my kid in that position.

What shocked me was the lack of empathy in my daughter today. My daughter, the one who sets aside clothes and toys for donation “for the kids that don’t have any mama.” My daughter, the one who has herself sobbed when she has felt left out. Even during the short car ride home, I told her how disappointed I was in her behavior.  That we don’t treat other people that way.  She just plain didn’t care.

I’m really, really hoping this is a phase that passes. Because up until now, I was always so worried about how my daughter felt when other kids made her sad. I didn’t really focus on the fact that it could be my child that was doing the hurting.  But, I am laser focused on it now. I’m still thinking about how to talk to her about it again tomorrow. We did call L and apologize when we got home, but that’s definitely not enough.  Ugh.

just a mom raising two beautiful kids and sharing my words. View all posts by justamama

2 thoughts on “my daughter was the mean girl today”